Greetings Cousins, and Blessings from the Moor of Dundee and the Rogue of Dundee after my original Sea Farin’ Pirate-like song of the same name. You may also know me as Azel, Moorish Princess singer of songs, Anna Zinga aka Queen Nzingha Makeda Hatshepsut. (use the search engine to find out more of the ancient Queens of Nubian Power: Nzingha, Makeda, and Hatsheput.) I 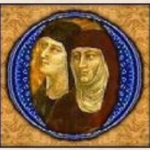 choose the roots of a Moor, from my first visit to Ireland. I personally found that country to be the friendliest place in ALL my years of international travel and study. The Irish townspeople I encountered were both honored and amazed at my deep-seated love for the music of the ancient Celts and the mysticism that went with it. In their awe and amazement, they told me how the Moors had come to Ireland and stole “their” children. My response to this was, “Well, some of US came back! Don’t cha recognize me grandfather ?” After that, each and every night, of my stay on the Emerald Isle that pub in Shannon was PACKED with folks comin’ to hear the music of their ancestors sung with perfection by their forgotten ½ sister. Moorish, yet whose mother or father had been stolen and taken away by sea to a foreign yet prosperous land. As an ole boy, with the MAP of Ireland on his face said to me, “How do ye know these songs;” “Our own children, don’t know these songs of Ireland that you sing.” Well IF past lives or the collective unconscious exist, then it’s as much a part of me as it is anyone!

We don’t hear much of the ancient universities, the wealth, education, commerce, trade and medical advancements which were going on in parts of Africa before the slave trade. YET as an OBSESSED Renaissance Faire enthusiast I want to share the love we have for each other no matter where our heritage originates, in historical reenactment play! Cross-cultural exchanges of love, customs, goodwill washed down with a hardy ale and good grub!

AYE, the passion for LIFE that God has seen to bless me with! The gifts of story tellin’ song writing with an open mind and heart. My character had her “rebirth” while traveling through SCARBOROUGH FAIRE in North Texas, sharing songs of olde, songs of ALL our ancestors. I have such a love for classic folk musics. Ballads of love , war and nature which permeate the SOUL.. My genre of performance repertoire primarily includes Irish, Scottish, English, Welsh Ballads and Sea Shanty’s mixed in with French and African Lullaby’s that fill my being with joy and pleasure.

Should you want a sample of my style of composition, go to the SCRIBE and scroll down to Text and MP3 file to down load the ever popular “Rogue of Dundee”or Pirate Song. Thanking God, above and within all of us. Blessed thanks on thine head, and Hoozah for the Merriment of Renaissance Play!